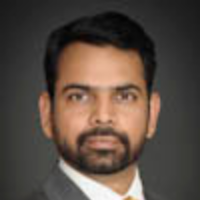 As economies, societies and businesses adapt to decarbonize, factor in climate impacts in economic and developmental choices and embrace low-carbon or clean technologies, there will be winners and losers. For a state economy that depends critically on water-intensive, mostly single-crop agriculture (paddy), uses high-carbon coal not just for its energy needs but also as an important source of non-tax revenue and has a large climate-vulnerable population that routinely faces natural catastrophes such as cyclones and floods, slow incremental change is a luxury that Odisha can ill-afford. This point of view recaps ground covered by the two editions of the Odisha State Climate Change Action Plan (SCAP 2010-15, SCAP 2015-20), as well as new risks and opportunities confronting stakeholders, public and private, into the next decade.

Odisha has taken a lead with strong policy action in building a comprehensive State Climate Change Action Plan (SCAP) that is regularly reviewed through the Climate Change cell in the Environment Department. On climate finance leadership, it was the first state government to access the Green Climate Fund and the first to roll out a state Climate Budget in 2020, in what could be seen as a multi-disciplinary systems-oriented approach to a significantly complex problem.

The SCAP II should be credited for bringing about the Odisha Renewable Energy Policy 2016-22 that has set a new Renewable Energy (RE) generation capacity target of 2750 MW (of which 2200 MW is Solar Power, 200 MW Wind, 180 MW Biomass, 150 MW Small Hydro and 20 MW Waste-to-Energy), as well as creating an enabling environment for the widely reported success of the Odisha Millet Mission (a good example of how positive policy nudge in one area has led to innovation in another).

These are early successes and demand a more ambitious SCAP III for the next five-year period (2021-25).

Climate change is pushing the world towards a faster pathway towards a low-carbon economy. Globally, many countries have committed to a net-zero carbon pathway by 2050 (India is an exception amongst the larger economies for now) and many global cities have already announced Internal Combustion Engine (ICE) phase- outs. Economic disruption on existing auto-manufacturing (including auto component manufacturers) and fossil-fuel value chains that fail to adapt in time will be brutal. With a 30% EV target and updated 450 GW RE capacity target by 2030, India has already indicated the national pathway and it is perhaps time for Odisha to proactively paint a similar ambitious path for the state for the next decade. The compelling case for it already exists – 80% of Odisha’s GHG emissions is on account of Industry, Transport and Energy . Demand side interventions could accelerate plans for building electric-drive trains in the state for transport vehicles, create new EV charging infrastructure across the state and possibly a fully electric intra-state Odisha State Transport bus fleet before 2030, supported by growth of RE capacity in the state (and a seamless grid from RE-rich states) on the supply side. These will require additional funding, both from private and public sources. The World Bank estimates that 95% of the state’s RE potential are yet to be tapped and that the private sector has an integral role in meeting the objectives of the Odisha RE Policy of 2016-22.

Odisha will need to scale up successful interventions, as has been done with the multilateral Green Climate Fund backed Ground Water Recharge and Solar Micro-Irrigation project4, to demonstrate the strength of its institutional capacity and replicability of successful first projects. This means stronger cross-department, cross- agency inter-disciplinary collaboration. This also entails the need for an integrated state-wide energy efficiency strategy, combined with state-wide smart-grid applications. All stakeholders – specifically policy makers, industry players and lending agencies – will need to enhance capacity to understand energy transition in a holistic manner, take appropriate resource-allocation decisions and encouraged to actively collaborate.

The disruptive transitions from a low-carbon economy will be painful for incumbents who have operated in a fossil-fuel dominated world and rewarding for proactive cleantech adopters building alternative systems.

Work on new coal gasification technologies is already underway and while some thermal power plants will probably continue even in 2030, majority of existing coal or thermal power jobs may be at risk as the sector is penalised with the imposition of high carbon taxes, withdrawal of fossil fuel subsidies and investor activism. All mining activity will face additional compliance costs and higher environmental disclosure norms (as initiated under SCAP II already), under a technologically stronger state climate change agency. Demand for environmental engineers, regular impact assessments and intelligent real-time monitoring networks that leverage wireless technologies, drone technologies and analytics, may be expected to rise. A connected, intelligent energy and industrial system will need high-skilled talent (irrespective of gender) creating opportunities within the state for trained talent from its technical institutions.

While Odisha has limited solar and wind potential as compared to other states in West and South India, it could choose to focus on scaling up small-hydro and waste-to-energy competencies to help new supply-chains to emerge, with close collaboration between new energy entrepreneurs, climate funding agencies and technocrats (as has been done in Tamil Nadu with wind energy). New state capacity building should embrace green economic recovery policies, emulating the sustainable growth practices of the EU Green Deal, incentivizing sustainable enterprises, MSMEs and entrepreneurs and research into new mobility technologies such as hydrogen, fuel-cell systems and energy storage.

The next edition of the SCAP III would be an appropriate time to involve the Industries, and Women and Child Departments (both were excluded from SCAP II) – to build integrated sustainable industry policy roadmaps and better measure social impacts. In many ways, the emerging new energy and sustainable industrial systems could be viewed as transformational rather than disruptive, with multiple positive consequences.

Odisha has already taken strong first steps on climate impact policies. The logical next steps do connect to better future state but require multi-stakeholder collaboration and a cross-disciplinary approach. A smooth Energy Transition that mitigates the adverse effects of Climate Change through proactive public policies and coordinated public-private actions could create significant new economic and social value in the state.