Can India’s Judiciary Rescue Her Democracy? 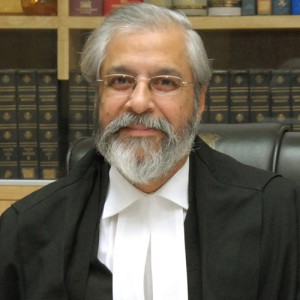 To start with free and fair elections, an issue that must be addressed is that of electoral bonds. Introduced in 2018, the principal reason was that elections were being funded by cash (black), and the bonds were brought in to curtail corruption. Unfortunately, instead of being a transparent and open system, the electoral bonds became a closed and opaque system wherein you could not find any details about donors or expenditure records. The result was thatIndia slipped from 78 in the corruption index in 2018 to 80 in 2019, and then shifted further back to 86 in 2020. Due to the lack of transparency and the bonds being transferable, it is difficult to pin down the flow of cash and where the bonds end up.

The other major issue relating to free and fair elections where the judiciary can play a role is the functioning of EVMs. The problem was initially spotted in 2017 when a difference was found between the votes polled and counted. Such discrepancies showed up in as many as 367 constituencies. RTI activists raised concerns but very few of the cases filed were dealt with. The increased secrecy on the conduction of elections and their results is a challenge to the nature of free and fair elections in India. The last major issue is discrepancy in submissions of audits of political parties (statements of income & expenditure).The last date for submitting audit reports was 31stOctober 2020. Out of 8 national parties, only two submitted their audit reports; one was 58 days late and the other was 70 days late. Out of 58 regional parties, only 2 submitted it on time, 15 submitted it late, and 35 regional parties have still not submitted their audit reports. The Election Commission is a powerful body. So,the lack of action on their part is a part of the problem, but this issue also falls under the purview of the judiciary.

The second area which the judiciary must think about is the fundamental rights of citizens, in particular the freedom of expression.We have seen an alarming increase in speech-related sedition cases recently. In the protests regarding the Citizenship Amendment act, 25 cases of sedition were charged against 3700 persons. In the case of the gangrape and murder of a Dalit child in Hathras, 22 cases of sedition were filed against 23 persons. Can dissenting against rape and murder be equated to sedition? Similarly, the organisational component of dissent is being made more challenging by institutional bodies. Hurdles are created by limiting public transport, flow of traffic, and restrictions are placed on large gatherings. Similarly, internet freedom has been seriously curtailed. Kashmir went over 200 days without any internet, and since then has been on 2G, seriously hindering communication in the state. An intervention by the judiciary is critical in such cases to ensure the healthy functioning of a democracy.

The last issue, that in view, the judiciary must pay care to is its own independence and ability to perform. Appointment of judges is being stalled. There is a 40 percent vacancy of judges in the high courts across the country. In the district courts, the vacancy is roughly 20 per cent (4,000 short). The consequence of this is that there are over 4.3 crore cases that are pending. There are close to 2 lakh cases, which are pending for over 30 years.

There is a serious dearth of judicial infrastructure; courts are in a dilapidated stateand courtrooms are often divided into two, using furniture to create two different rooms. Basic amenities are missing. According a 2019 survey, an estimated 15 per cent of the court complexes studied did not have separate toilets for women. About 40 per cent of the court complexes in this study were not even fully functional. These issues have resulted in India ranking 69 out of 128 countries in the 2020 rule of law index. The massive backlog of cases paired with an understaffed judicial system stationed in poor infrastructure means that the judiciary’s ability to ensure the health of our democracy is seriously hindered.

If the judiciary is weakened so much by its own shortcomings and is at the same time asked to ensure that the democratic values of the country are kept intact, it is logical that on some levels it would be failing. From the viability of new laws passed in Parliament to lack of oxygen in hospitals, the judiciary is asked to intervene in a wide range of matters. With its crippling and inefficient system paired with the high pressure and demand, the Indian judiciary finds itself under unprecedented stress.

Another issue the judiciary must pay heed to is a growing distrust that ordinary people have towards it. A judiciary can be independent and function well if it has the trust of the people. To have the trust of people, the judiciary must be more transparent. The judiciary has been conducting its work in the open since 1950, then why doesn’t this transparency translate onto other issues? The “sealed-cover jurisprudence”, which we have begun seeing more in recent times, pushes this narrative of secrecy, and on this matter the judiciary needs to seriously introspect. An opaque judiciary cannot serve the people to the best of its abilities, and a more inclusive and transparent judicial process that includes the people will help win this trust back.

To ensure a democracy thrives, various checks and balances are put in the system. The judiciary is often seen as a check to the executive. We as individual citizens of society are also a check to other institutions. How often do people in India today speak to their local government representative, or even know their local MLA’s name? If there is a decision that an individual disagrees with, they should make their dissent heard. Similarly, if there is a judgement that they disagree with (based on constitutional reasoning), individual members of society should critique that judgement.