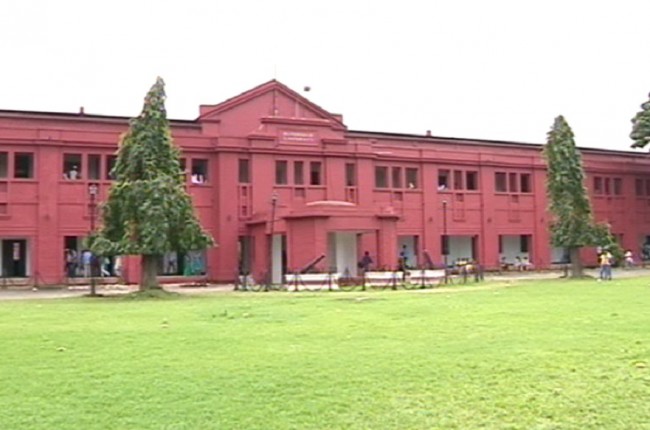 The higher education landscape in Odisha needs focus, reforms and a single-mindedness, all of which currently seem to be missing. According to information available on the official website of the Department of Higher Education in Government of Odisha, there are 30 state-run public universities. Of these, nine are under administrative control of other state government departments. There are also 3 deemed-to-be universities and a lone Central university. The gross enrolment ratio in higher education in Odisha is 22.1%, while the national average is 26.3%. There are about 23 colleges per lakh population in the state against an all-India average of 28 per lakh population. Clearly, there exists a quantity problem, and we shall see, a quality problem as well.

The performance of universities and, in that way, the entire higher education landscape is dependent on the leadership of the vice chancellors. VC appointments in government universities have always been mired in politics of the day. In recent times few new VC appointments have been made. A cursory look at academic prowess of the newly appointed VCs is enough to indicate the state of affairs. These academic leaders have absolutely poor track record of publications, forget quality as expressed by Scopus indexed journals and possessing good impact factor. While one may argue about the utility of these metrics, an established academic track record is a prerequisite for such appointments.

The track record of VCs in universities in Odisha in recent past has not been espousing confidence in the public. Corruption allegations, lack of new initiatives, kowtowing to political masters have been more a norm than exception. Less said about faculty recruitment, widespread vacancy, the state of large and old universities like Utkal University (the oldest), the better.

Higher education in Odisha has skewed figures when it comes to minority groups and women. Despite a significant SC/ST population the GER for SC and ST was 20 and 12.8 against a national GER of 23 and 17.2 for these two groups. There is only one university in Odisha exclusively for women. Odisha sees a high rate of violence against women; and education is one tool which can address this massive problem is by education. As it is, women enrolment in education reduces as the degrees go higher. The gender Parity Index in Odisha is 0.82 and needs to improve.

As per AISHE report of 2018-19, there were 0.98 lakh students in polytechnic in Odisha, while states like Tamil Nadu had enrolled 3.34 lakh students in that category. This number is also lopsided towards male with 83.30% of these 0.98 lakh being males. While a lot is being done in the skill development sector in Odisha, these numbers should pick up to make more number of youth employable.

All major and prosperous cities also double up as education hubs. In providing quality education and across wide variety of disciplines a city acquires a vibrancy, a liberal society, economic growth, multiculturalism and much more. In the recent past Bhubaneswar has seen a growth in number of professional educational institutions but their quality largely is suspect. In a recent survey Bhubaneswar bagged the second place in livability, and it is a good indicator which goes on to say that the city is a fertile ground for establishing more universities, institutions that can draw a talent pool from far and wide.

A decent indicator of quality institution and living standards would be number of foreign students studying, a parameter too in all international rankings. As of 2018-19, a paltry 54 foreign nationals were pursuing higher education in Odisha. In science, some reputed institutions exist in the city and their experience should be borrowed to take the knowledge to students at large. However, only educational institutions don’t make a hub; living conditions, law and order, vibrancy of the city, acceptance for outsiders, are other factors that help create a hub.

In December, 2020 the Odisha State Higher Education Council invited applications for “Seed fund for research projects” and “research fellowship” under Odisha University research and innovation incentivisation plan (OURIIP). This is a commendable move but providing mere 40 such scholarships is too little and tying a tough clause demanding four publications in two years shows impractical academic thinking in the process.

In the state budget for 2021, a total of 2416.63 Crore have been allocated for Higher Education department. This sum also happens to be 1.42% of the total budgetary allocation made. It has to be said that this needs an increase if a dent is to be made in the current scenario. But in education, it has to be said that just increasing fund does not ensure increase in quality; hence accountability fixation is essential along with increased budgetary allocation.

Recently, IIT Delhi and Ashoka University signed a pact where resources would be shared between the public and private universities. In Odisha, the well-established research institutions like NIT Rourkela can undertake such mentorship roles. Such role can be taken up by Central institutions like Institute of Life Science in Bhubaneswar. The scrapping of deal with Vedanta to build the medical school leaves a bad taste in mouth for public-private partnerships but is desirable as the interests of the state are paramount.

(The author is an assistant professor of biochemistry at  Manipal Academy of Higher Education (MAHE), Manipal)