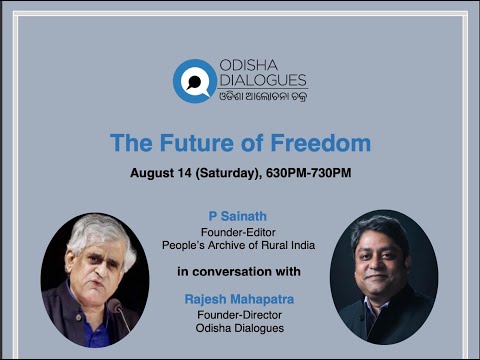 Do you remember Demathi Dei Sabar – the 16 year old, ferocious tribal leader of Saliha who led a gang of lathi-wielding women to force gun-toting British officers out of her village in Nuapada? Do you know Lakshmi Panda of Koraput, one of the youngest members of Netaji Subhash Chandra Bose’s Indian National Army, who criss-crossed nearly half of South Asia as she waged her battle against colonial rule. You surely have read and heard about Panimora’s villagers – yes, we are talking about the Bargarh’s “freedom village”. These are incredible tales of freedom that must not be forgotten. They must be told, retold, because they help us understand the meaning of the freedom we won from the British.

On the eve of the 75th Independence Day, Odisha Dialogues celebrates these small voices of history with award winning journalist and author P. Sainath in an engaging conversation with Rajesh Mohapatra.